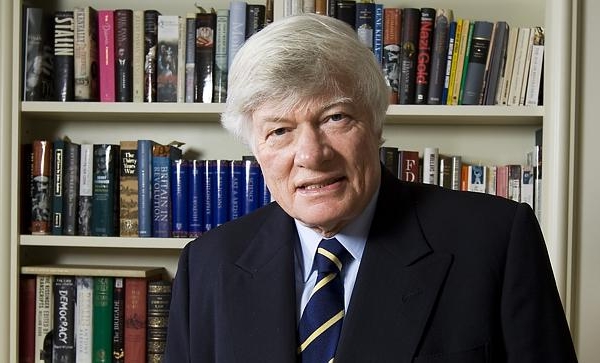 “The Inconvenient Genocide: Who now remembers the Armenians”, published by Random House, is a groundbreaking publication where Geoffrey Robertson presents a compelling argument based on fact, evidence and his knowledge and expertise of international law, proving beyond reasonable doubt that the horrific events that occurred in 1915 do indeed constitute genocide.

Robertson is a leading human rights lawyer and a UN war-crimes judge. He has been Counsel in many notable Old Bailey trials, has defended hundreds of people facing death sentences in the Caribbean, and has won landmark rulings on civil liberty from the highest courts in Britain, Europe and the Commonwealth. Robertson is the Head of Doughty Street Chambers, a Master of the Middle Temple, a Recorder and visiting professor at Queen Mary College, University of London.

This event, which is being held at one of the most prestigious events in Australia, coincides with the start of ANC Australia’s Advocacy Week in Canberra.

Robertson’s research and publications on the Armenian Genocide have been instrumental in shifting the denialist policy, which had been adopted for many years by the United Kingdom.

Executive Director of the Armenian National Committee of Australia, Vache Kahramanian remarked: “The launch of Mr. Robertson’s latest publication will go a long way in altering the position adopted by the Australian Government on the Armenian Genocide.”

The Armenian National Committee of Australia has been working with Geoffrey Robertson’s international team on the promotion of his latest publication.