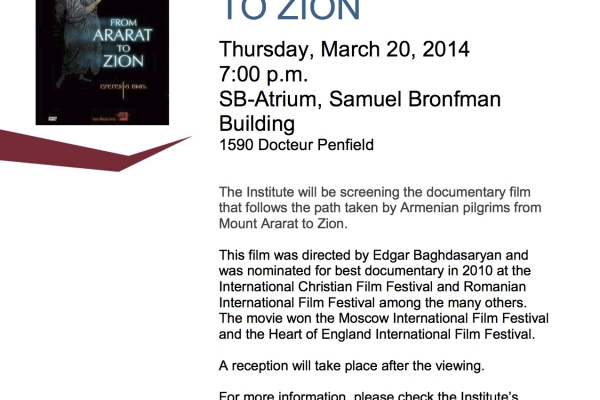 The Institute will be screening the documentary film
that follows the path taken by Armenian pilgrims from
Mount Ararat to Zion.

A reception will take place after the viewing.